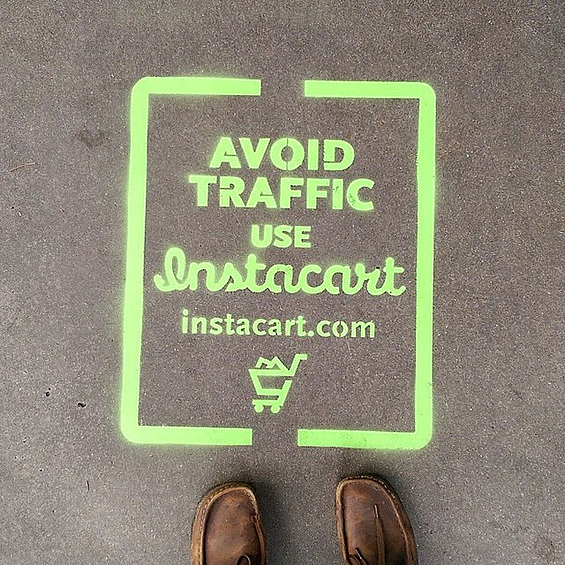 The arrival of 2015 sets up the next chapter in the continuing rise of same day delivery services across the nation. While our services primarily focus on business-to-business same day delivery for urgent supplies, equipment, parts or inventory we watch with interest what's happening elsewhere in the industry.

After a number of false starts over the last five or six years 2014 saw good forward movement in same day delivery options for groceries. This year is likely to see the stakes increase in this market as the two largest competitors thus far; Amazon Fresh ® and Instacart ® look set to go head-to-head in more markets. The full potential for same day delivery of groceries is still far from being realised and the questions of convenience and pricing points are also facing off with the 'picking' skills of the delivery companies involved.

It's not like ordering a pair of jeans or some electronics where products are standard but in this market 'picking' does matter it seems, particularly when it comes to fruit, vegetables and other perishables. Instacart seek to resolve this with maintaining a core team of 'personal shoppers' to improve customer satisfaction. It's an interesting market with pricing points and membership aimed at rewarding higher frequency of use. While most consumers are very familiar with the Amazon name while the lesser known competition Instacart have had a very successful 2014.

Revenue for the San Francisco based Instacart was estimated to have exceeded $100 million in 2014 which marks an amazing ten-fold increase over the year prior. All of which has led investment in the niche same day delivery service from venture capital companies. Partnering with different stores in different markets the growth and popularity of Instacart has been very organic so far. Services are set to expand but are currently offered in the Atlanta, Austin, Boston, Boulder, Chicago, Denver, Houston, Los Angeles, New York City, Philadelphia, Portland, San Francisco Bay Area, San Jose, Seattle & Washington D.C. areas. Partner stores in the program vary by city but Whole Foods Market and Costco are two of the larger supporters but I must point out that Instacart is a completely independent venture.

Next week we'll look further at the pricing strategy and some other notes of interest from this same day delivery startup who are causing big waves in the (near) instant grocery delivery field since they began in 2012. Happy New Year wherever you may be reading from, we hope this year brings you health and prosperity.