Meet our founder Dan Boaz, an entrepreneur and leader in the domain industry. Dan had a vision for his success and it was to completely control the online expedited freight market. To accomplish this, he has aggressively pursued and secured more than 1,000 transportation-related domain names. Dan arrived upon a strategy with which he wouldn't just engage in the industry, but planned instead to dominate it. With an overall appraised valuation of his secured domains coming in at over $10,000,000, it is apparent that Dan has been successful. His business model is so impressive that it was recently featured in an article on Forbes.

By implementing this strategy early on, Dan was able to acquire some of the biggest names in the expedited freight market, with a top performing list that includes: SameDayDelivery.com, FullTruckload.com, AirFreight.com, HotShotTrucking.com and ExpeditedFreight.com. Dan has created unique websites for his most critical domains and right now you can find AirFreight.com positioned above UPS, FedEx and DHL in a web search.

When Dan was asked about his strategy for success, he offered three points of advice.

First, to get specific:  Dan chose the space he wanted to dominate and put all of his effort in that arena.

Second, be vigilant:  Dan recommends keeping an eye out for any domain that will benefit your business, whether that is defensively or offensively.

Third, “Bite What you Can Chew”: We all know the other rendition of this phrase. Don’t try to maintain too many websites at the same time.   Focus in on your top performers and in turn develop them further.

As far as future growth for his business, Dan is not slowing down.  Dan has made a goal to grow his company “10x” over the next five years.  This would mean building  from $10 million in December 2015 to $100 million in December 2019. Is this an aggressive goal? Absolutely, but for an entrepreneur like Dan, there is no doubt he will make it happen. 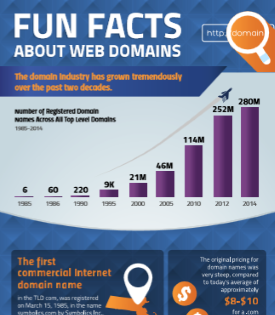